FREE PDF Download: Get the Tricks of Buying & Selling at Property Auctions

House Auction Tricks of the Trade

This excerpt is from a chapter in the book, THE TRUTH ABOUT PROPERTY, written by NRLA trainer, Henry Davis, www.henrydavisproperty.com. 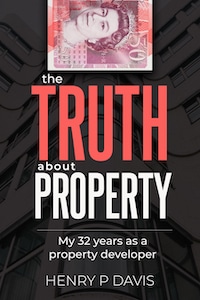 Any adverse findings in the due diligence process should determine the price that you are willing to pay. Unfortunately, the risk with auction is trying to uncover them when, in some cases, they are deliberately hidden. Often my potential profit is based on a judgement call even after I have done as much due diligence as possible.

Given there are issues with a property, does this mean you always get the appropriate discount to reflect the costs of any remedy? The answer is that sometimes you do, as with a problem property you would expect an appropriate discount. But, because the playing field isn’t always transparent, this isn’t always the way the auction market works. Sometimes you get the discount to reflect remedial costs, especially if the issues are clear and disclosed, though sometimes you don’t.

Comparing a Private Treaty:
In a normal everyday Private Treaty Sale, a property unable to obtain a mortgage should be worth circa 15-50% less than one which is mortgageable. However, in practice for some (not all) auction sales from my own experience, I find that many buyers end up paying the full value without that discount. That’s because it’s an auction sale, where people get Fear of Missing Out (FOMO) and where you don’t have the time to uncover often deliberately hidden issues, or, indeed, where many didn’t bother to instruct a solicitor to read the legal pack.

Many also get too emotionally and financially engaged in the process and then end up bidding over the odds as they are desperate to realise the dream of buying that perfect auction property. I measure value by how much work, hassle, stress and uncertainty I have to endure to get a suitable profit from a lot. The more hassle, the higher the return I expect, and the amount of profit depends on how desperate I am for a deal at the time, or to make that profit. But I always try for at least a 30-40% profit on any deal before tax, based on GDV (Gross Development Value), expressed as a percentage. If the project may take longer, I use IRR calculations (Internal Rate of Return), assuming I can accurately estimate cash flow costs, which is essential in order to calculate IRR correctly. The IRR, in effect, measures profit over the time you’ve spent on any project, together with the monetary value generated during the time you own it expressed as a percentage of interest. A longer project should give a higher IRR than a shorter time frame project. IRR looks beyond the property’s net operating income and purchase price.

Contrary to obvious logic of getting a bargain in the auction, my view over three decades of watching the auctions is that many of the lots offered, if sold via Private Treaty, would, in fact, obtain a lower price through a normal Estate Agent sale. This is because of better disclosure in the sales literature, and because legislation protects the buyer, plus practically all Private Treaty buyers use a solicitor. When you think about it logically, it’s utter madness as to why many buy via auction without a solicitor reading the legal pack. They are often not doing any due diligence on the property type that is most likely to have troubled issues. Then they exchange contracts via auction conditions which is a lot more onerous than buying from your local Estate Agent.

30% of all properties have already been previously sold through auction

When it comes to the 30% of properties EIG Auction Data reports say have already been sold at auction, often what happens is that because it sells through the auction, many buyers have not employed a solicitor or haven’t carried out any due diligence before buying. This then leads them to paying a price which doesn’t actually reflect the asset value because they failed to discover issues which they likely would have found should they have purchased via a normal Private Treaty. Unfortunately, some have the misconception that auctions are always cheaper, which just isn’t always the case.

Henry is the CEO of We Buy Any House and Genii Developments Ltd and a developer for over 32 years. He is also an accredited Property trainer for the National Residential Landlords Association. 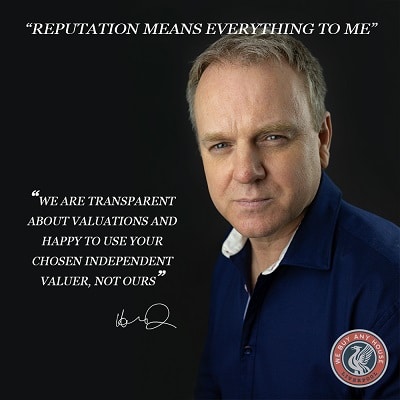